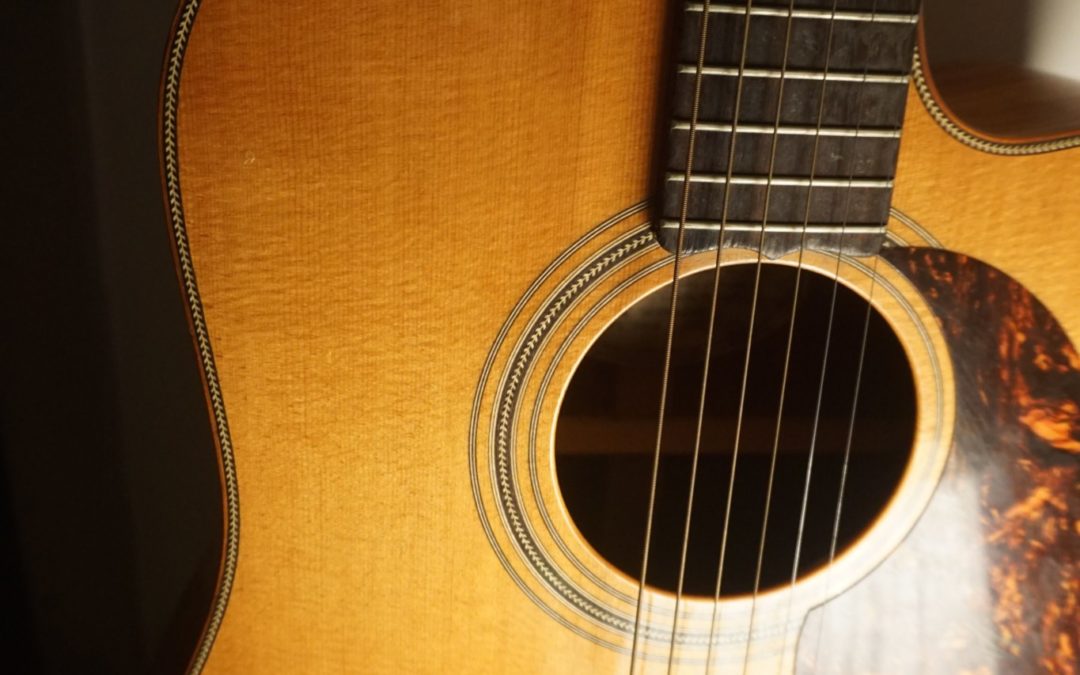 This week’s blog is inspired by a lesson I had with a student this week. I’ve long believed as a teacher - especially in this day in age - with such a vast amount of resources online, that a large part of my role as a teacher is to teach students how to use these resources and build up their skills so that they can learn for themselves, rather than being so reliant on me to show them everything. In that way students can be learning songs on their own and honing their listening ability, then my time with them can be more efficiently used to challenge them greater with higher level skills and songs they aren’t able to learn on their own.

So with that in mind I should say up front that this blog is aimed more at those who have some know how on guitar but really struggle to learn songs on their own and are instead relying on someone to show them everything they learn. It’s also aimed at teachers who are trying to teach their students how to be able to learn and grow for themselves outside the lesson.

Before we get into it, one thing to note is that as you’re learning, you may be, in one way or another, doing some arranging or at least deciding which parts you really want to learn and which parts you are not fussed about. For example, if you’re learning to play a rock song just on acoustic guitar to sing along with, you probably won’t be playing every lead line but just trying to capture the rhythm of the song on that one instrument.

In this, I’ll be writing from the perspective of using a chord chart, however the principles are quite applicable to a range of resources, such as tutorial videos, notation, tab etc.

Ok, so here are my recommended 10 steps to really break down song learning to make it as easy as possible.

There are a lot of great resources on the internet, but of course, there are a lot of terrible resources as well. So be weary of that, obviously try to stick to charts with high ratings, look at any feedback or comments on anything you are looking at, whether it’s a YouTube video, chord chart etc. This can be a real source of frustration if you are following the resource but it’s still not matching up.

Also, quickly check if there is any instruction for a capo.

Look over the chords in the song and make sure you know all of them. If there are any you are unsure of, perhaps it is written at the top or you can look it up. If the chord is too hard in itself, it may be best to spend some time getting more familiar with that chord before trying to really learn the song.

3. Listen for where the changes are occurring:

Without playing, just follow the chord chart along, pointing at each chord as it changes. In this you’ll develop a much greater feel for the song and where all the changes occur.

You may do this at the same time as step 3 but listen for the time signature, beat and how long each chord is played for.

Firstly you want the time signature (also may be written somewhere). Follow the chord changes along again noting how long each chord is being held for again. If need be, print out the chart and make markings.

Again, this may be done at the same time as steps 3 and 4, but listen intently for what rhythm the guitar is playing. A helpful thing to do is tap or clap out any rhythm you hear before trying it on guitar.

One section at a time, analyze the pattern of the chords, how often do they repeat, is there anything unusual? Notice the similarities and differences between sections.

7. Play through the chords:

One section at a time, play through the chords, then say the chord names out loud, then try playing it from memory. Take note of the sound of the chord movements.

Look at the overall structure and form (verse, chorus etc., how many times each a section repeats etc.), say out loud what it is, then try playing it.

(This step could be switched with 9 if you need more time just playing the sections separately).

The next day, try playing it from memory straight away. If you fail, try to recall the chord progressions either by ear or from memory of some sort (which is why reading and saying them out loud is very useful) before looking at the chords again.

(This step could be switched with 8 as mentioned above).

Outside of practice time, listen to the song whenever possible, both active and passive listening - while commuting, cooking, exercising etc. The more internalised a song is, the easier it is to learn, play and memorise.

I still learn songs in this way, though now it is a much faster process, to the point where I can learn a song in the same amount of time or less of the duration of the song, and I may skip steps where necessary.

Thanks again for reading, hope this has been helpful for you in learning songs, or teaching students how to learn autonomously, please let me know your thoughts. Don’t forget to like, comment, subscribe and contact us for any enquiries.