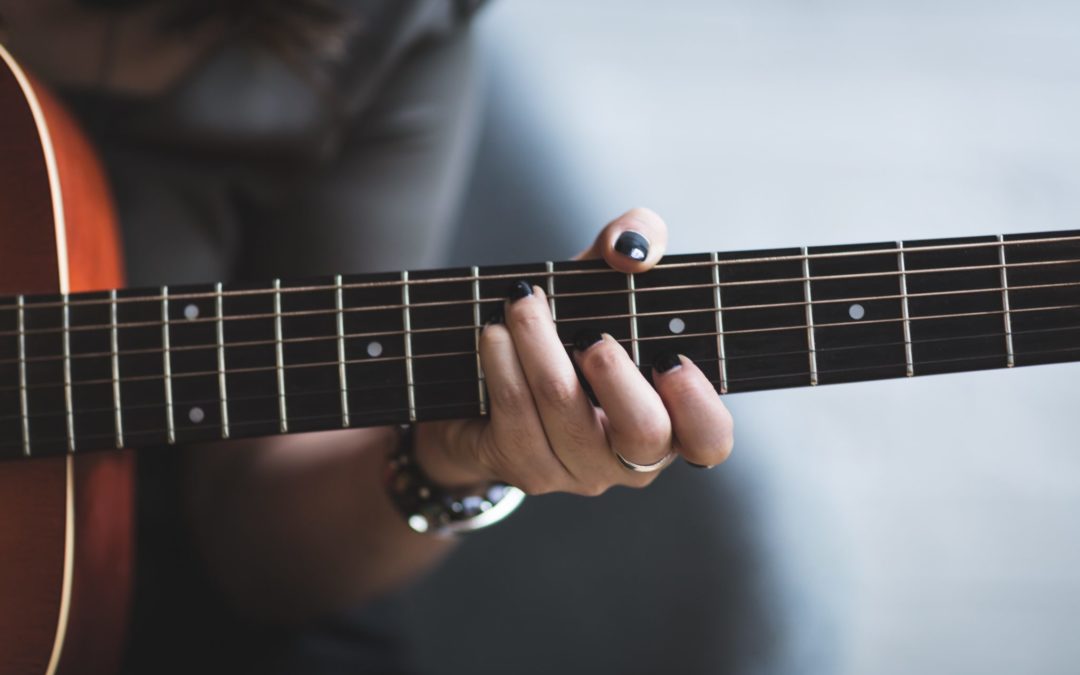 This was inspired by one of my lessons with a student over Skype yesterday where we talked about using the Nashville number system (this student is undertaking learning a lot of repertoire as a guitar-vocalist).

For some of you, this will be very simple, for others more difficult, mainly dependent on the methods used when you were learning as well as your musical background. For example, being the “Nashville” number system, this approach is much more common in worship music and country, more so than pop, folk, rock etc. However, it is very applicable and still used in those genres.

To be 100% honest, the theory of this can be looked up effectively in seconds with a google search so we will only touch on that very briefly. This post will be more focused on the benefits of knowing and using this system.

Essentially the Nashville number system describes chords based on the scale degree of which it is built. Then it is specified which key to play that pattern in. For example, rather than saying G, D, Em, C, you would say or see: key of G: 1, 5, 6, 4. There is also some knowledge needed of the steps in a scale and the type of chords built from them. i.e.

Numbers are generally used more in this and will indicate minor with an 'm' or a dash(-). However the more classical Roman numerals are also worth knowing (and what I personally prefer) as they are still very common and also indicate major and minor with capital and small letters respectively.

There are some more rules to it but as I said before this isn’t the focus of this post, so there is a link to a great explanation at the bottom, that way you’ll be more motivated to learn it after seeing all the fantastic benefits which I’ve laid out below.

This is the most obvious and most intended application of this system. As an example, if we look at a simple progression in the key of G: G, D, Em, C and we want to transpose that up a fifth to D, essentially we would be changing every chord up a fifth so it then plays as D, A, Bm, G. Or then down another tone to C: C, G, Am, C.

Compare that to then to recognising that the progression is a simple 1, 5, 6-, 4. This then recognises that the movements within the key are exactly regardless of key, so you can follow a pattern in any key rather than moving each chord individually. This also makes it irrelevant what the original key was, making it easier to focus on the chords in the new key, rather than needing to constantly relate them back.

This is useful for anyone, but particularly those learning a large volume of songs. Rather than remembering each chord progression for each song, you can think of one song having a 1, 4, 5 verse and a 6-, 4, 5 chorus (for example). Why is this helpful? Essentially, familiarity - looking at the chord progressions with this system, you will see the similarities between songs over and over again and then be able to remember which songs have which TYPE of progression, rather than needing to memorise the specific chords.

This is really tied into the point above, but also goes on to relate to the patterns on your instrument (in this case guitar). For example, seeing a 1, 4, 5 played out in different keys, you get to really see the pattern of what that progression looks like on a guitar. This is quite helpful again for transposing, learning songs quickly and even songwriting.

It’s only a subtle change, but thinking in this way forces you to be aware of the interval you are moving each chord. For example, playing G - D doesn’t necessarily make me realise that I’m moving a 5th, however, knowing that I’m moving from 1 to 5, or from 4 to 1 does.

On top of that, you will start to see the intervals on guitar, like how far I need to move for a sixth, or a third etc.

Now granted there is some knowledge of keys required before using the Nashville number system, particularly where the sharps and flats are in each key, but actually this system can help significantly with even that. As this is quite strongly focused on the intervals (and scale degrees), and as you get used to the patterns, it can make it much easier to understand what actual chords or notes are in each key.

For example. If I’m playing chord I in the key of B with a bar chord, and then I remember that chord 5 is directly above it on the E string, I’ll soon work out that it’s F#, then that chord vi is another full tone up from there, I’ll also work out that is G#(minor).

So now we've made it this far, for those of you who want to learn the actual system, this explanation on jamplay.com is probably the best explanation I've seen and is actually pretty short.