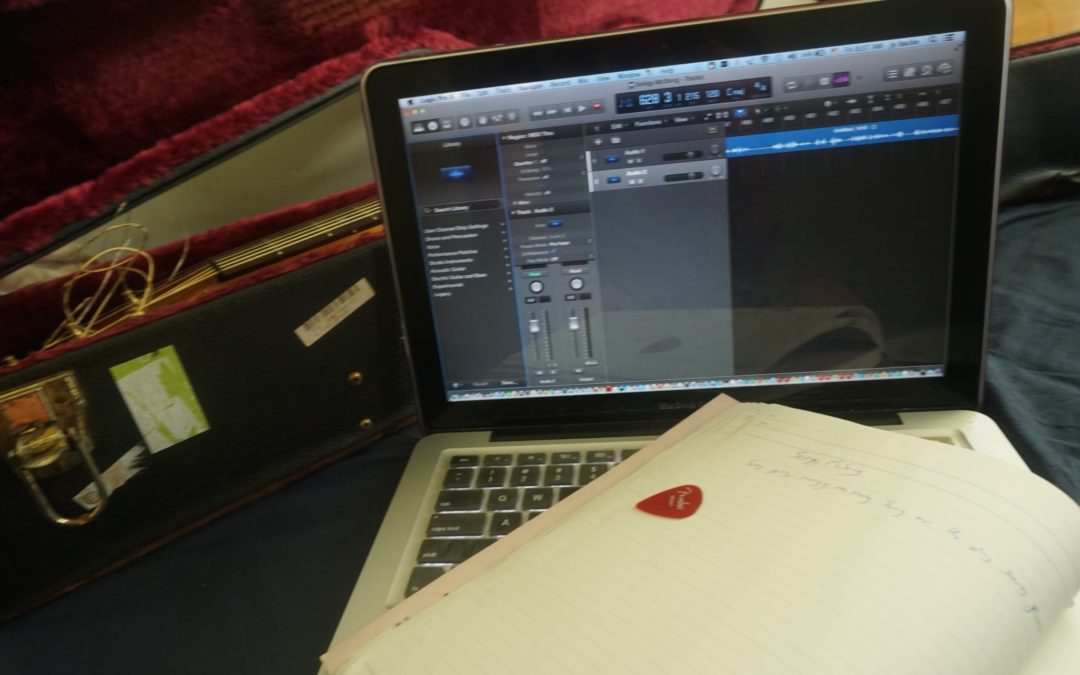 The more I’m blogging, the more I’m finding that my blogs are inspired by my students and the lessons I have with them. Recently songwriting has been coming up, hence this blog.

Writing songs gives such great joy that is rare to find elsewhere. It can also be quite daunting, especially for those who aren’t too familiar with the process.

This blog is not going to be a songwriting 101 blog or “how to write a catchy chorus” or anything like that, but more about becoming a good songwriter.

1. Don’t be afraid to write a bad song

I remember hearing that Stevie Wonder used to write 1 song a day. Now, of course, we haven’t heard all of them, and my suspicion is that a large part of it is because a lot of them, if not most of them, wouldn’t have been very good. Don’t get me wrong, Stevie Wonder is a fantastic songwriter, one of the best, but by writing this volume of songs he was really honing his songwriting skills, so when he came up with something good, he really knew how to make it good.

My point is, not everything you write needs to be a masterpiece. It can even be terrible. But it’s never a waste. I put this point at number 1 because I think it’s so important, so many people have been crippled into not writing out of a fear that their songs won’t be any good. Writing good songs takes practice, like anything else, and just like how you stuff up when practicing something else, you may write some bad songs when you’re songwriting. I’d like to guarantee you, if you’re going to write any good songs, you’re also going to write bad ones first. Not every joke a comedian makes is funny.

What does this look like practically? If you’re not writing anything because you feel like you’re not coming up with anything good, just write to completion SOMETHING that you’ve come up with. It doesn’t matter if it’s good or not. Get the bad song and writer’s block out of the way and move on to the next one. DO NOT think that this means you’re a bad songwriter, it’s just a bad song and a stepping stone to the awesome ones.

2. Work on multiple songs at one time

Some songs will take a year to write, some will take an hour. (Now, just to distinguish any confusion from point 1, it is ok to take a long time to write a particular song, but not if you aren’t writing anything because all your attention is focused on not letting one good idea become a bad song.)

Personally, some of my favourite songs of mine have been fully written within 24 hours, others have been over months. Some I didn’t even know were any good until I had them stuck in my head as I was trying to sleep.

So, what does this mean practically? If you’ve got a great verse and chorus, but you KNOW this song needs a bridge (not all do, btw) but you just can’t get it happening, then put it aside, work on something fresh and revisit it another time. It may take several goes to come up with something you like, and may not even happen for a year or longer, but it’s good to then have other songs to work on and to still be creating other music.

Keep track of all the different songs you’re working on so you can readily revisit them at any time.

This is really about drawing on your influences. Now, this is not about stealing someone’s ideas, but for getting going. Sometimes all you need to kickstart a song is something to inspire you in ANY way. It may be a rhythmic feel, a style you don’t usually listen to or even just a particular artist or song’s style.

You will often be surprised by this one, although it may feel like you’re just going to rip off someone else, in my experience I’ll often create something that sounds totally different, but it was just springboarded by a particular aspect that I love in someone else’s music.

4. Always be ready with a recording device, no matter how basic

Often your greatest inspirations will come when you’re without an instrument or have limited time. This is one reason why it’s always best to get the idea down in some way so that you can revisit it.

This is also important when you do have time as often you may not be able to recollect exactly what you originally came when you try to revisit it later.

Don’t be lazy with this one – it doesn’t have to be a great recording, just enough to get the idea stored, even a voice memo on a phone will do the trick.

5. Designate time to it

This may be obvious to some but not others. Many songwriters will only write when they are really feeling inspired, but actually, there is no such thing as a time when it is impossible to feel inspired. Have the time scheduled for it, where you are committed to sitting down and trying to write. The next time you do it may not be your best work this time, but you’re actually practicing that skill of getting in the writing zone.

In this, set goals of how often you would write. That may be one song a week, or a month, more or less, but actually having that goal to work towards can play a big part in your progress.

Importantly, don’t let this rule out or replace those times when you are more spontaneously inspired.

These have all been super helpful to me (hence why I’m sharing them), so I’m hoping you can also find them great. Feel free to share anything of your own here, I would love to check out any of your own musings.

On the note of sharing originals, you can check out my EP at: