Improvisation – The Next Steps 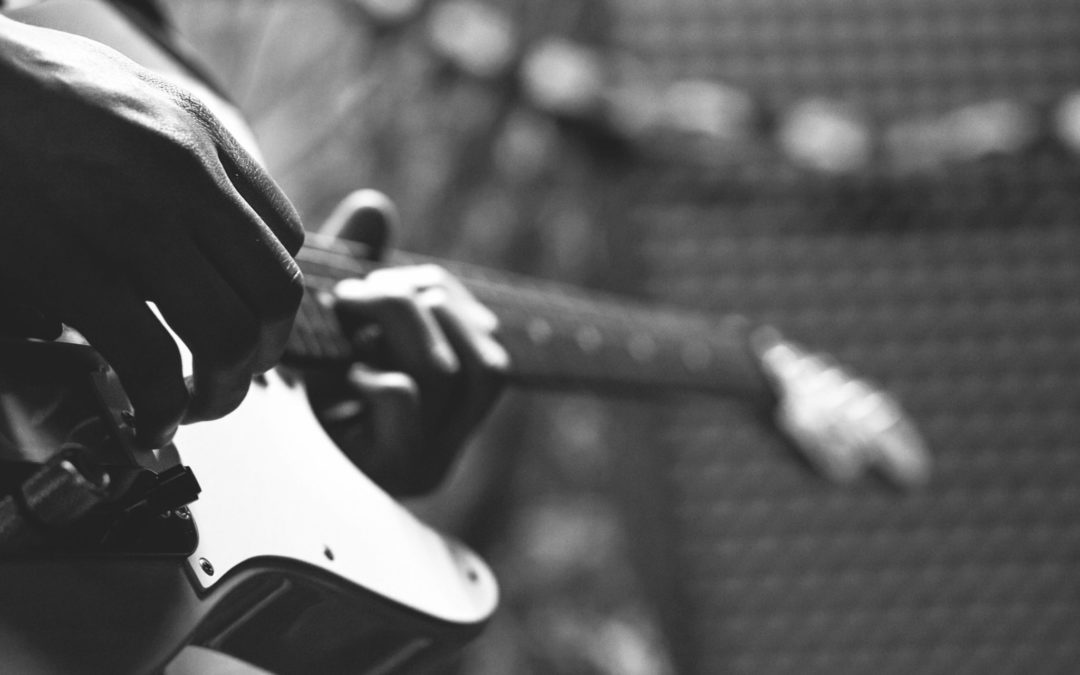 A few weeks ago I wrote a beginner's guide to improvisation in which I promised some more tips for when you get over that initial point of simply "how do I even improvise". In between then and now we had some fantastic posts (Part 1 & Part 2) by our great teacher Ric Newsom all about breaking a guitar rut, so now it's time to give you improvisation - the next steps.

This is for those of you that have gone through the first post and are now at the point of understanding the concept and are able to do some improvisation but need some practical tips as to how to make it better. These are all aiming to be simple, yet perhaps still challenging for those who are new to this. So don't fear if it doesn't sound good right away, it will sound good upon trying it and testing out different things.

By expressive techniques I mean hammer ons and pull offs, slides and bends, and also vibrato.

Experiment with each of these. As a tip, I would treat this as an exercise initially, where you jam for 2 minutes trying to focus solely on hammer ons and pull offs. The next time trying bends, then slides, then vibrato.

Remember to vary the rhythm when you practice this, not every bend or hammer on has to ignore the first note, often is sounds great when you hold a note and then bend it, or hold a note before doing a pull off.

Learn some basic licks that you like. Think of these as tools in your kit, you aren't going to use them all the time, but can be very helpful at times to give you an idea to get started. Of course, you won't want to play it exactly the same but you can adapt this in ways that make it more like what you enjoy. This is also helpful for seeing exactly what it is that creates the sounds you love.

We know about doing this in all styles of music but it can be all too easy to look over when improvising. The easiest way to do this is by varying the attack in your right hand. Try sometimes going for a much sweeter softer sound, while other times really digging in to get the intensity and full tone of the guitar.

Building on a motif

mes improvisation can seem like a random collection of licks, it is common to want to bounce from one idea to another, usually out of fear of being boring.

But for much better results, try instead just starting with one simple idea and then building on that. Eric Clapton is a master of this. An example of this would be to just start with a 4-note melody, then slowly build on that by either:

- Changing up the rhythm
- Changing the expression of how you play it (e.g. Use a hammer-on)
- Change one or two of the notes
- Add one or two more notes
- Play a totally different set of notes with the same rhythm
- Go introduce a new idea then come back to the original one

Building improvisation on a motif is not boring, but quite the opposite as you draw the listener in to what you are doing and where you are going with it - just like a movie or tv show.

For beginner improvisers, it's very common to play in a way that is very scalic - generally moving to one of the notes adjacent in the scale. Try to intentionally create lines where you are skipping some of those notes, maybe even a whole string to have some bigger jumps in your melody. There are some beautiful intervals to be found in doing this and will also make your soloing much less predictable.

This is playing two strings at a time, which is certainly not essential for all genres but great especially for the blues. Like with the expressive techniques, have a go of improvising focusing on this. As a side note, this one is separate and further down from the other expressive techniques because, while it is great, is much less important or fundamental than the others.

This one may seem a bit dumb or embarrassing but it is very useful. So much of playing music is all about feel, so tapping your foot, making dumb facial expressions and moving your body are actually really helpful ways to improve your improvisation (and overall playing). It also helps you not get distracted by things around you and therefore get in the zone.

This one I truly believe is the most helpful. However, I need to clarify that when I say "listen", it is active listening, rather than just leaving Led Zepplin on in the background.

Be intentional in listening to some of your favourite solos, or even riffs, and try work out what you like about it. Is it the speed? Is it the sound of the bends or vibrato? Is it the space in between lines? The length of each line? How singable it is? Knowing what you like in other solos can give you a really good framework for what you are trying to achieve whenever you try some improvisation yourself.

This blog was written as a follow up to improv for beginners, so with that is the expectation that if you're reading this, you're still fairly early on in the learning process, so DON'T try to apply all of these things at once. Just go slow, one at a time, to enjoy that little bit of improvement, or adding of a new technique under your belt.

Thanks again for reading! Be sure to check out the TMTG Christmas/New Year special, made especially for you trying to get a good start to the New Year's resolution. Be sure to like, comment, subscribe and contact us for any enquiries! (Spots are filling up!)