The Importance of Learning Scales 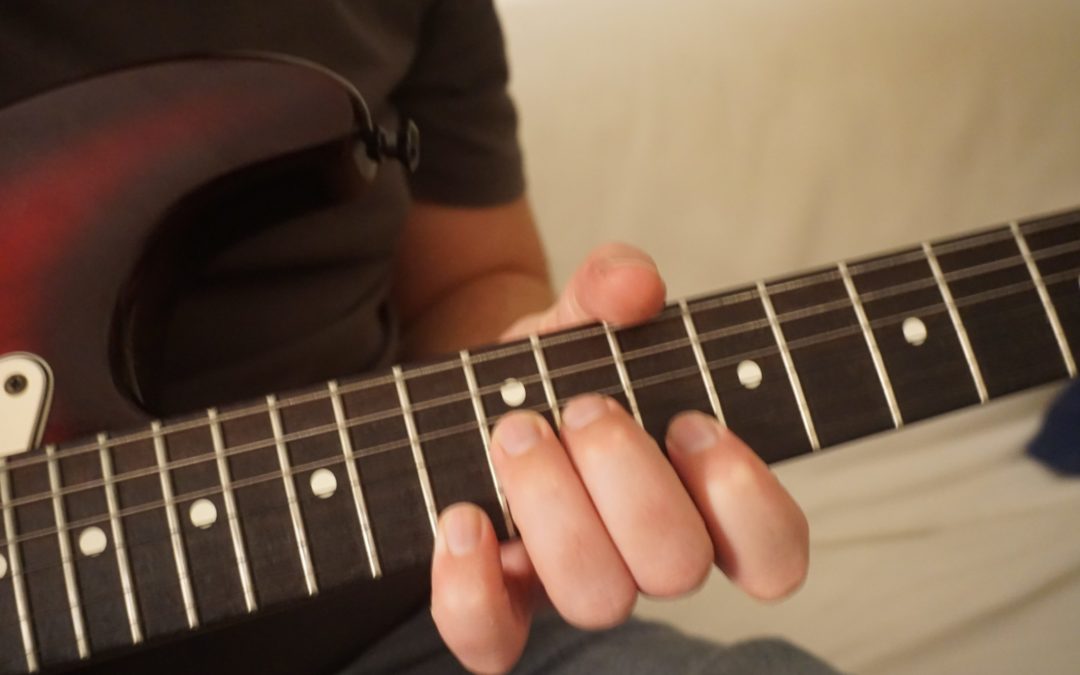 Since I’m still a newbie to the blog world, I thought for my 2nd blog I would tackle a subject that’s quite easy to prove - The importance of learning (and memorising… and practicing… and applying) scales. Admittedly, this is not the most fun topic but if you take learning the guitar even half-seriously, then you should take this seriously. What’s more, the benefits from having learnt scales, such as jamming, improvising, increasing speed and song-writing are insanely fun (have you seen a blues jam EVER?!) Many students would love to hear a professional say that you can conquer guitar without learning scales… but you can’t. And believe me, the students who approach scales positively ALWAYS come out ahead.

Just like any other instrument, scales are a fundamental part of learning the guitar.

Like with anything in life, technique is fundamental. Watching your hand position, ensuring every note is struck cleanly, alternate picking, co-ordination between right and left hand and the list goes on. Technique is part of the foundation.

When you’re doing your scales, this is what you’re practicing!!! You’re dealing with this foundation of technique, which you then apply to everything else. This will allow you to play the more difficult and intricate songs with much greater ease. And for what it’s worth, the time you take practicing scales and technique will pay for itself in time you save learning songs from a solid foundation.

What is a scale? Can’t I just practice technique by playing every single note or chromatically? Well, yes, but then you’d be missing out on what I think is equally important in learning scales – learning the fretboard.

To break it down, a scale is a set of notes that are used within a certain key. It’s as simple as that. Do you want the freedom to play in any key anywhere on the fretboard? Then scales are the answer. By learning the major scale patterns, or at least the minor pentatonic and blues scales, you can jam out, improvise and even write music anywhere on the fretboard. If that sounds fun, it’s because it is.

Beyond that, you will learn which notes of the scale you like the sound of and as you become more familiar with the scales, you can pick those notes out anywhere on the fretboard in any key! This is a true trait of a pro.

(Advanced: don’t forget it doesn’t end after major and pentatonic scales. There are also modes, harmonic and melodic minors and their modes, diminished scales and the list goes on).

Outside of maybe learning the actual notes in the scale, always practice the scales to a metronome! This will help you to not rush or lag in your timing, and will therefore also help with your phrasing as you gain better understanding of how each beat can be divided

Practice your scales with varying note values, e.g. quavers, triplets, semiquavers. This will really help with your division of notes.

Scales make up the notes in any given key. The better you understand our scales, the easier other areas of theory, such as chord building, modes, reading etc. become.

Patterns which you will come across in sight reading will often correlate with those which you know from your scales. The more this happens the more you start to hear the sound of the notes written on the page, and even being able to hear larger intervals written on sheet music.

Not everything is about speed, of course. BUT, being able to play fast lines and at high tempos is extremely important if you want to master the craft. There is no better way to work on building up your speed as well as the technique to give you the capacity to play fast than to practice scales.

Practicing just short sections of a scale for short bursts of speed or entire scales up and down the fretboard for sustained and prolonged speed is a perfect way to get that technique down pat and push yourself.

When you practice this, make sure you start slow! It’s much easier to hide sloppiness when you’re playing fast, but you don’t want to just play fast, when you play fast, you want to do it well. Practice to a metronome, start slow and make sure you’re playing it nicely. Slowly build up the speed each time until you can no longer play it well. Go another 5 bpm faster and then slow back down to the speed you were previously finding difficult. This part is very important, if you just get to the point where you can no longer do it well each time without slowing down again, it will be hard to actually improve.

Make sure you practice using hammer-ons and pull-offs as well as practicing picking every single note. Both are very important!

There are many people who jam and jam reasonably well using purely their ears. I would never be one to say to not use your ears, after all, music is made for the ears and so having a well developed ear is extremely important.

BUT, allow your fingers and your musical knowledge work with your ears so that you can make the very best music possible. As mentioned in “learning the board”, the scales are a set of notes which you can play in a particular key. The more your ears can hear and identify this, the better, but also learn it in your fingers and in your head too, then your ears can really use their full potential for making great melodies, licks, riffs, lead lines etc.

It is also fairly needless to say that when you’re jamming with others, you need to know how to play in the key that you’re jamming in. Pretty simple. Learning scales and how to adapt them to different keys is exactly the way to be able to do that.

We’ve all heard the saying “kill 2 birds with one stone”, loosely meaning to achieve 2 goals with 1 action. It’s pretty hard to argue that using 2 stones to kill the 2 birds would’ve been more efficient. We know that the result is the same, but the way of getting there required more resource, or time.

There are ways to practice technique, learning the fretboard, theory, timing and speed individually, and sometimes that is required to really refine a certain area. But you would be hard pressed to find anything to practice that gives you the wide range of benefits that scales do. Not only that, you’d be lost without knowing them.

The reality is guitar takes a long time to learn and a loooooooong time to master. If you’re going to put in the hard yards, do it in the most efficient way possible. Kill multiple birds with one stone. Learn and practice your scales. 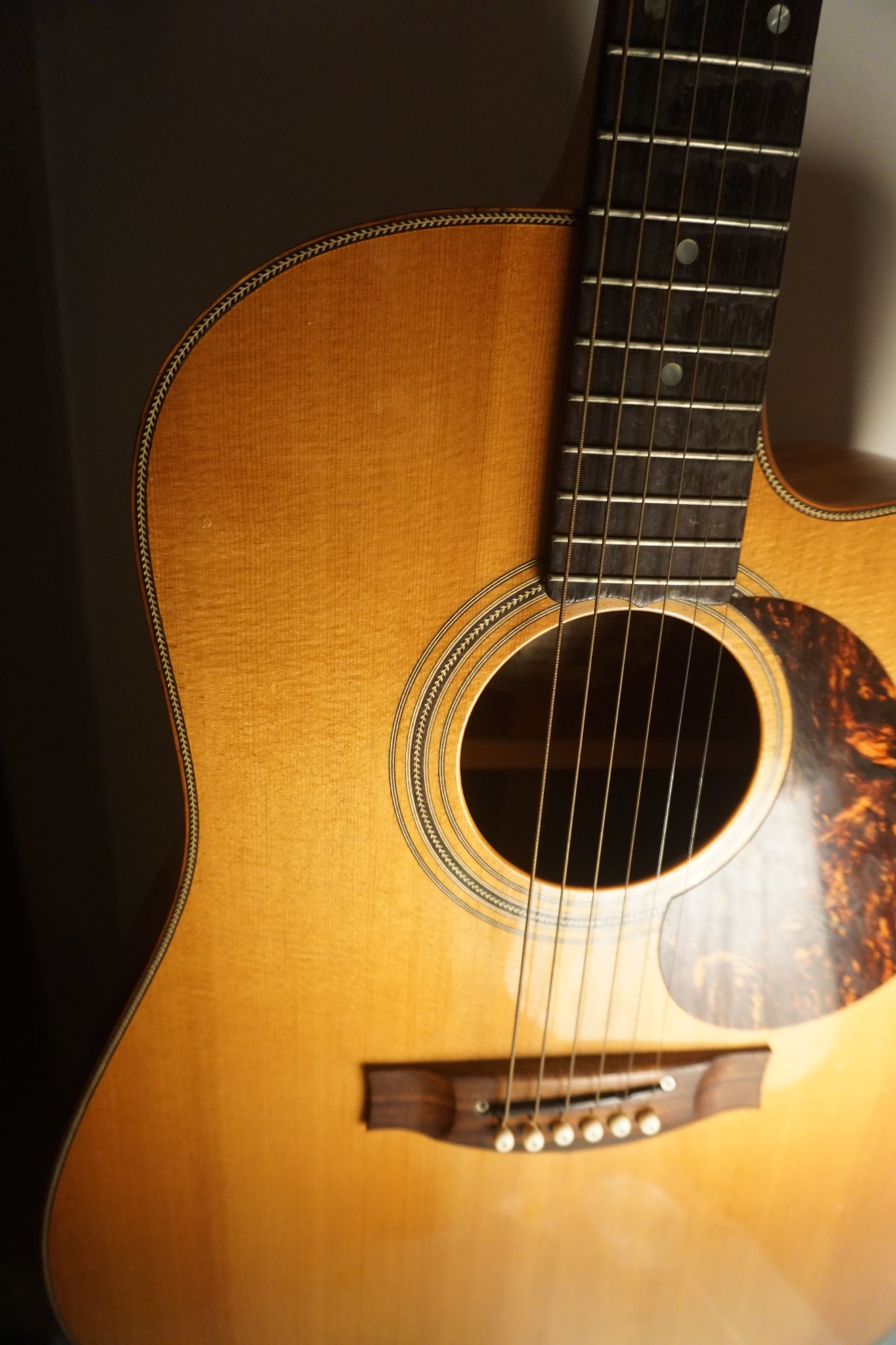 Being able to apply what you learnt from other songs:

Why do 9 out of 10 guitar students learn the solos from Stairway To Heaven or Another Brick In The Wall? Why do we learn Stevie Ray or Lynyrd Skynyrd licks? Or the many other well recognised solos and riffs out there? Is it because these are popular cover songs so it’s likely you’ll need them for a paid gig? NO! But these are great solos and there are so many good lines within them that can be taken, adapted or expanded upon and applied in your own way. Both of these solos mentioned above stay almost strictly within the minor pentatonic scales, but without knowing where these juicy lines actually fit within the scales, re-working what you’ve learnt from them into new material is extremely difficult. And to learn such iconic solos to then only be able to apply them to playing that particular solo, is to waste 90% of the potential benefit of learning it.

My hope is that by now you’re well convinced that scales are essential to take your playing to the next level, and not only that but that you are excited about all the expertise that practicing and applying scales can help you unlock and you can see all the fun to be had.

Please leave any comments below, subscribe and feel free to contact me about any questions or anything. Yew!