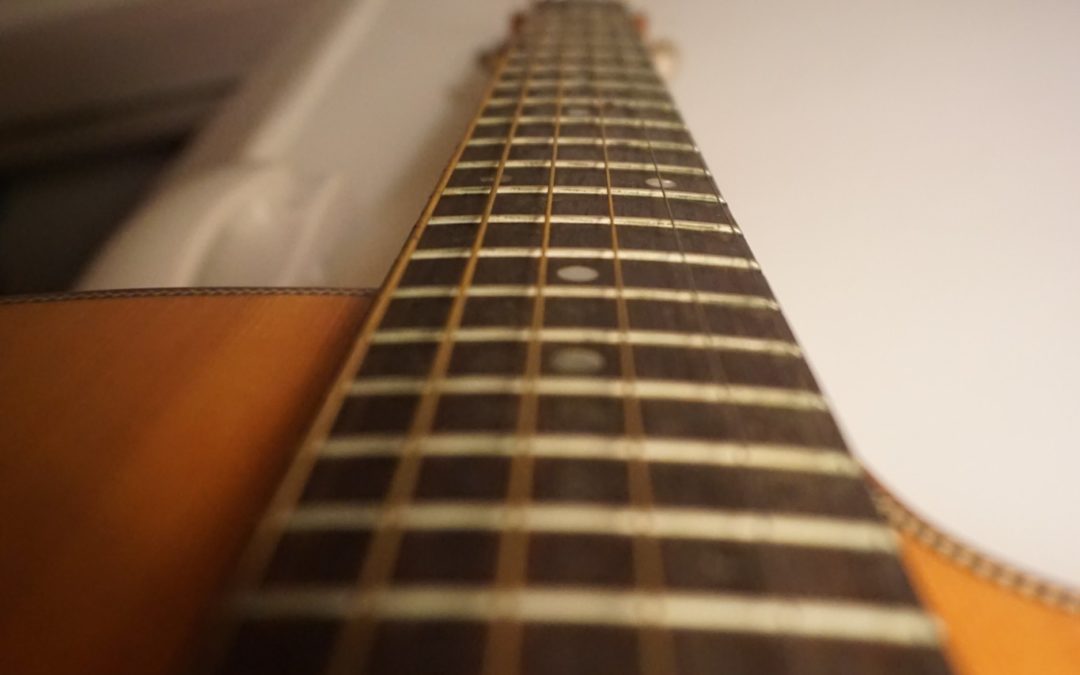 Ok so now it’s time to move on from the 7th chords and get into those more complex chords. The aim from here is not to learn a bunch of individual chords, but to understand the rules so when you see a chord, no matter how seemingly foreign, you can work out what it is and what is in it. With these skills you can then rely less on shapes and know how to manipulate the chords for yourself on the guitar.

How we will do that today is by looking at the basic principles for 9th, 11th and 13th chords. Then we will also look at more complex chords which add sharp and flat notes. I do have PDF resources for 9th and 13th chords, however, I would like to stress that if you are at the level of learning these chords, you should really place a strong emphasis on understanding them, not just learning the shapes. In saying that, knowing the shapes are a good guide and reference point

We’re really in it now, so don’t forget to refer back to part 1, part 2 and part 3 where required. These posts aren’t going anywhere so there is no need to conquer it all in 1 week of reading. In fact, it’s always best to read through it, let it soak in and try to apply it, then revisit each step as it will become more clear each time.

You may remember back in Part 2 when we talked about “add” chords and how if the number was above 7 we needed to specify “add”, otherwise it would be a different chord. These are those chords. We will be looking at them initially being built from the dominant 7 chord, which is the most standard form.

It’s quite simple however. Any chord where the number is above 7 automatically has a 7th in it.

If you are unsure what a 13th or a 9th interval is, that is also quite simple, just subtract 7 for the original interval.

In these chords the intervals will always be:

If it is not this interval, it will be specified (e.g. B7b9)

In these higher numbers, it is also ok to assume, or to add other notes that lie between the 7th and itself, though you do not have to. So the 11th may also include a 9th, while a 13th may also include a 9th and/or an 11th. It is important to note, however, that as a guitar only has 6 strings you will be very unlikely to do this, and it also sounds quite ugly as you can’t spread the intervals apart as easily as you could on a piano.

All of the examples so far have been from a dominant 7 chord, as found in Part 3.

If there is no specification between the chord letter and the number, it will be built from a dominant 7 i.e. will have a major 3rd and a minor 7.

If there is specification, it is simply showing which 7th chord it is built from and does not affect the 9th, 11th or 13th interval used, as that requires extra specification.

Suspended chords can still apply here and the “sus” part of the chord still only applies to the 3rd changing to the 2nd or 4th.

While you may think that the 13th already has a potential perfect 4th, it is important to remember that the “sus” chord is specifying that there is no 3rd in the chord, but it is replaced by that suspended note.

Here I’m going to lay down some examples of more complex chords with the notes it contains. The point of this is so that you are able to then cross reference that with what you have learnt to help concrete or solidify the theory in your understanding.

Thank you for reading, there is just one part left in the chord theory series which is really going to relate to applying them to the major scale. Don't forget to check out the PDFs for the 9th and 13th chords, great for reference, getting a head start on those trickier shapes and also for teaching.