Music As A Language – Part 1 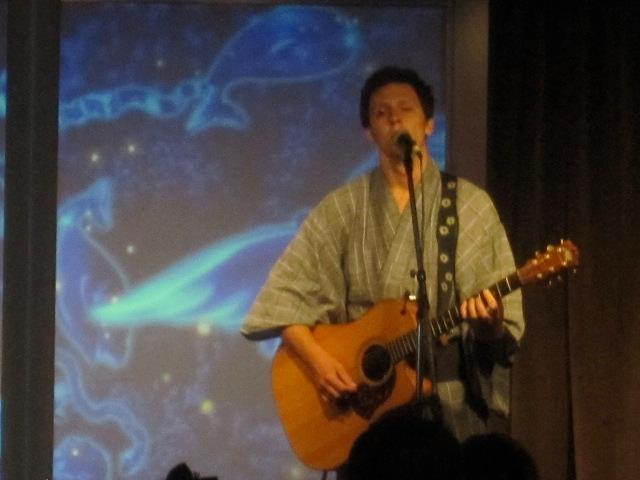 Music is often called the universal language, and rightfully so. It has the ability to speak to people from all different nations, cultures and of course, languages.

So this can really affect how we approach or play the guitar (or any instrument really).

This week will very much be an introduction to set up the idea and really look at a lot of the similarities between language and music and why this phrase "music is the universal language" is so accurate. Next week we will draw out how that can really help in shaping certain areas of your playing as well as your practice routine.

A bit of background about why I love this topic: I have experienced very personally the similarities between language and music. Several years ago I went to Japan on contract as a guitarist. I figured I may as well pick up as much of the language as possible, just learning bits and pieces. I did ok, but not great, when I decided to go back for another contract a couple of years later, however, I decided to take learning Japanese much more seriously. I would study daily and I got to a place that I would call “conversational fluency”. So I was by no means native or business fluent but could well and truly hold my own and also had a good grasp of reading. My point of telling this story is that the more I delved into learning this language, the greater connection I saw between language and music, and it seems that every musician I’ve spoken to who is at least partially bilingual has reached the same conclusion.

This post may seem to benefit those who are actually bilingual more, but actually is very beneficial to anyone.

This is really the end point of this post, that music is an amazing tool for communication. But since in my opinion this is the biggest and most important similarity to draw with music and language, I’m putting it first. Language is all about communicating a message, having a dialogue with another person or audience. Language can be used to communicate messages of hope, inspiration or any wide range of positive or negative emotions. This is the same in music. Whenever a piece of music is playing, it is communicating a message to the listener and creating a mood. Of course, it may be more subtle than direct words, but it can be equally or more powerful.

There has been increasing evidence over the years about the developmental benefits of both music and language, and even how instrumental they can both be in stopping early onset dementia.

This is something I touched on in my very first post Ten Reasons Why You Should Learn The Guitar and it was great to see The Guardian publish an article just late last month about the benefits of learning an instrument, stating that many (positive) changes in brain structure were found in musicians in comparison to non-musicians. Among many other points, The Guardian quotes Catherine Loveday of University of Westminster in saying 'It’s a strong cognitive stimulus that grows the brain in a way that nothing else does, and the evidence that musical training enhances things like working memory and language is very robust.'

How the brain processes it

A recent study shown in the Huffington Post and also The Atlantic have shown that there are great similarities between how the brain processes music and also language.

According to this post by The Atlantic, similarities have been found between language and music in which part of the brain is used. The study looked at some jazz musicians playing whilst having an MRI done at the same time. The findings quote that 'spontaneous improvisation show(s) robust activation in the same brain areas traditionally associated with spoken language and syntax'. Or to put it another way, these improvisational conversations 'take root in the brain as a language'.

Of course, music is all about feel and shouldn’t be so systematic, I agree. And language is the same. But both of these things have solid groundings in rules (often bent and broken). One easy example is the alphabet. The Western music alphabet only has 12 notes, compared to 26 in the English alphabet. This is quite well put in an article by McMullen and Saffran put out by the University of Wisconsin-Madison in which they state: 'Both (spoken) language and music are generated from a finite set of sounds (notes or phonemes), carved out of a larger possible set of sounds. These sounds are organized into discrete categories, facilitating representation and memory.'

Both of these systems have infinite ways of communicating different messages from sets of bendable rules built up from a very finite scope.

This is the hard part for both of these. Some people are naturals at learning languages, just like some people are naturals with music. This, of course, doesn’t mean that people without the natural ability can’t conquer it. However, regardless of natural ability, to become fluent in a language, it requires hours upon hours of practice and some heavy immersion in whatever language you are learning. The same goes for music, remember that music is loved by everyone, it’s almost anyone’s dream job, so to actually conquer it, this requires hours upon hours of practice and really an immersion in the many different styles and music that is already out there (and in both cases it very rarely feels as though you are actually conquering it).

This isn’t really scientific or anything and can be used to draw similarities with so many things, but I just thought it was worth pointing out that both learning music, or a language is insanely fun. There is nothing quite like the enjoyment of conquering and understanding something that was once so foreign, seemingly bizarre and out of your realm of possibility.

Next week we are going to look a lot more practically about how certain aspects of your playing can be related to areas of language, and hopefully give a great insight and different perspective into the importance of different areas of your playing/practice.

Thank you again for reading, I hope you found the topic interesting and I'm looking forward to delving into it further next week. Remember to subscribe in the right hand panel, comment, like, share and contact me for any lessons or just to say hey