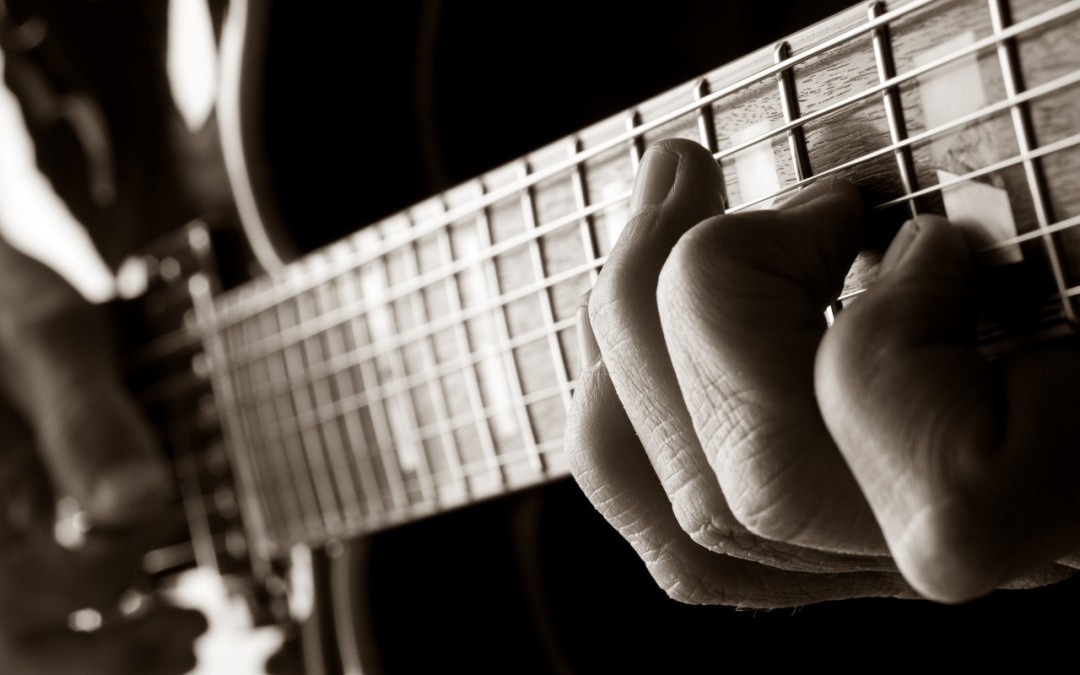 Last week we talked about one of my favourite things... triad inversions!! Yay.

Here are the PDFs again for the shapes:

We focused last week mainly on how these are useful and how to apply them. This week I want to provide some helpful insight as how to actually learn and conquer them.

As these are moveable shapes, the possibilities of application are nearly endless, so start simple when learning them. Practically, that means just starting with major triads, and also just start with one key/chord, for example G until you have a good hold of them.

This way you can really get used to the shapes and how they relate to each other BEFORE trying to move them around too much.

Always start as close to the nut as possible without using any open strings.

Once you are confident with this, THEN try to apply it to different keys.

If you just rote learn these shapes they won't be much use to you at all in reality. But as you're learning them, focus on which note is the root, 3rd or fifth, how they relate to each other within the chord and then therefore WHY they are the shape they are.

For example, if you are playing an inversion where the 5th is the bass note, take note that the note on the next string is the root - which is a 4th up - and then the 3rd - another 3rd up - or a 6th from the bass note.

This is important not only for ease of locating and applying, but also for being able to manipulate them later on to make them be more than just triads.

Generally when I use these triads, I'm locating them based off the root notes either on the 6th/E string or 5th/A string - even though these are barely in the inversions I use. However, understanding the relationship between the triad and the lower root notes is very helpful for being able to locate exactly where to play them, quickly.

For example, if I wanted to play A on string sets 3,4,5 - I would know there is the A on the 5th fret of E, or the open or 12th fret of A. By relating this with the intervals, this tells me I can play the inversion from the 5th on the 2nd fret (on the D string), the root on the 7th fret or the 3rd on the 11th fret.

Keep the practice drills simple at first then increase difficulty. Also, you need to be strict on yourself.

Start with just a simple 4 chord progression, all major, like A - D - E - D. Now this part is really important - choose a string set to stick to (such as 1,2,3) and pick an area of frets (e.g. 7th-10th frets or thereabouts) on the fretboard. Each time you change chords, move to the CLOSEST inversion on the same string set.

The reason why this is important is that it forces you to not just look for the shapes that you are most familiar with, but instead become accustomed with all of them. It also helps you to see the relationship between the chords.

After this, do the same but:

Thank you for reading, I hope you find these triads as useful as I have over the years. For applying these and using them for all their goodness, don't forget to check out triad inversions - application and usefulness.